What you read will taste so bad at times, you’ll want to spit it out, but you’ll swallow these words and they will become a part of you, part of your gut, and you will hurt because of them.

Yet… Even with my generous warning… you’re going to continue to ingest my words, because you are Human. Curious. Carry On.

Lowen Ashleigh is a writer waiting for her big break. She has written a few books and found mediocre fame, but her loner personality has kept her from being the bestselling author her agent and publisher desire. Opening with a graphic description of a man being hit by a truck in Manhattan, Hoover grabs the readers right away. Lowen witnesses the accident on her way to a mysterious meeting with her agent and publisher. They have a big new opportunity for her. Verity Crawford, a bestselling author, has suffered a traumatic brain injury and cannot finish the series of books the publisher has requested. They want Lowen to visit Verity’s house and go through her notes and finish the series. If Lowen accepts there’s a hefty paycheck and she wouldn’t have to do any publicity. Really, it’s the opportunity of her life.

Lowen decides to accept the position. Having met Jeremy, Verity’s husband, on the street prior to the meeting she is eager to be around him. But things are not comfortable in the Crawford household. Not only is Verity requiring round the clock medical care from an in house nurse, but they have also lost their twin daughters to separate tragic accidents. Lowen sequesters herself to Verity’s office as much as possible and finds an unpublished manuscript that claims to be Verity’s autobiography. Lowen begins to read, and what she reads changes her life forever. I will not go into detail as to not spoil the ending, but I’ll say it does satisfy some of the predictability issues I had as a reader.

I’ve never been a fan of romance or what I call commercial fiction. Writing suffers in commercial fiction—authors cannot keep to high craft standards when churning out multiple books a year. That’s no exception here. The writing is mediocre and there were several parts where I had to push to get through. This was not only my experience. Many on social media have said they stopped in the middle because it was too predictable, crude or plain boring. The biggest issue I had was the predictability of the plot and the unrealistic behavior of the characters. The main characters, Lowen, Jeremy, and Verity, are flat characters. Flat characters do not grow throughout the story, and sometimes their behaviors are cliché, unrealistic or full of tropes. Because this is half romance there are always going to be tropes (ie. Jeremy is the hunkiest man who is wild in bed). Another thing about Jeremy is that there’s not a lot of substance in terms of who he is as a person. Some of this is purposeful because we see through Lowen’s eyes and she doesn’t really know him and we need to at least suspect that the ending is plausible. With Lowen you constantly are yelling at her like the heroine in the horror movies who runs upstairs to get away from the serial killer. (“Don’t be so dumb!”) But out of all them she shows the most growth. Verity is an enigma for most of the book, on purpose but nonetheless a flat question mark of a character.

I mentioned this briefly but there’s a few issues with predictability with this book. I’m not sure if that’s a requirement for romance or not, but of all of them I’ve read there’s been a bit of “we all know how this is going to end…” It’s satisfying, though to read something that’s not constantly trying to pull the rug out from under you (I know… I’m being lazy with my clichés).

With all this being said, I did enjoy the book. It’s a quick and fun read where you feel like you are on an emotional rollercoaster and that’s thrilling. There are some bold themes that I’ve not seen in any book and I commend Colleen Hoover for going there. It is dark in some places and you have to remember it’s not a memoir or a true story—it’s fiction. And it’s meant to read as fiction, but I will say if you’re easily triggered by discussions of losing loved ones, especially children, I would not read this. In that sense it’s not worth the mental drain. But if you’re looking for a fun ride of a thriller with a little hot and steamy thrown in, I recommend Verity. You won’t stop thinking about it once you’re done.

When the next post is written with spoilers, I’ll put the link here! No promises on when that will be, though! 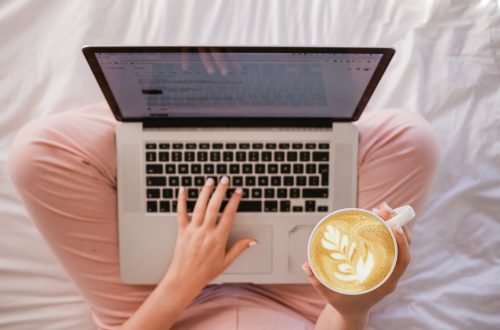